The first mention of a church here is found in a 1335 document which described it as the ‘the Chapel of Harwode’. It was probably a simple structure, built as a Chapel of Ease, and served either from the well-established church of Blackburn or from the Cistercian Abbey in Whalley. It served the townships of Tottleworth and Rishton as well as Great Harwood.

Whalley Abbey was founded in 1296 when the monks moved from Stanlow on the River Mersey, but it was dissolved during the Reformation in 1537. The ruins of the abbey, which are listed by English Heritage as Grade I, are now preserved.

In 1521, Thomas Hesketh of Martholme Manor in Great Harwood (another Grade I structure), the Lord of the Manor, who died in 1523, founded a chantry chapel so that Masses might be said for his family.

The chapel would have been at the east end of the south aisle and separated from the rest of the church by a wooden screen. He dedicated it to St Bartholomew and endowed it with land which produced a yearly income of £4 6s 8d (£4.33) ‘to support an able priest to pray and say Mass and other Divine Services there.’ But it had a very short life. Following the sweeping changes of the Reformation, chantry chapels were abolished

We are fortunate that there are still two pieces of stained glass, apparently from that chapel, bearing the Hesketh arms in the east window on the south aisle. 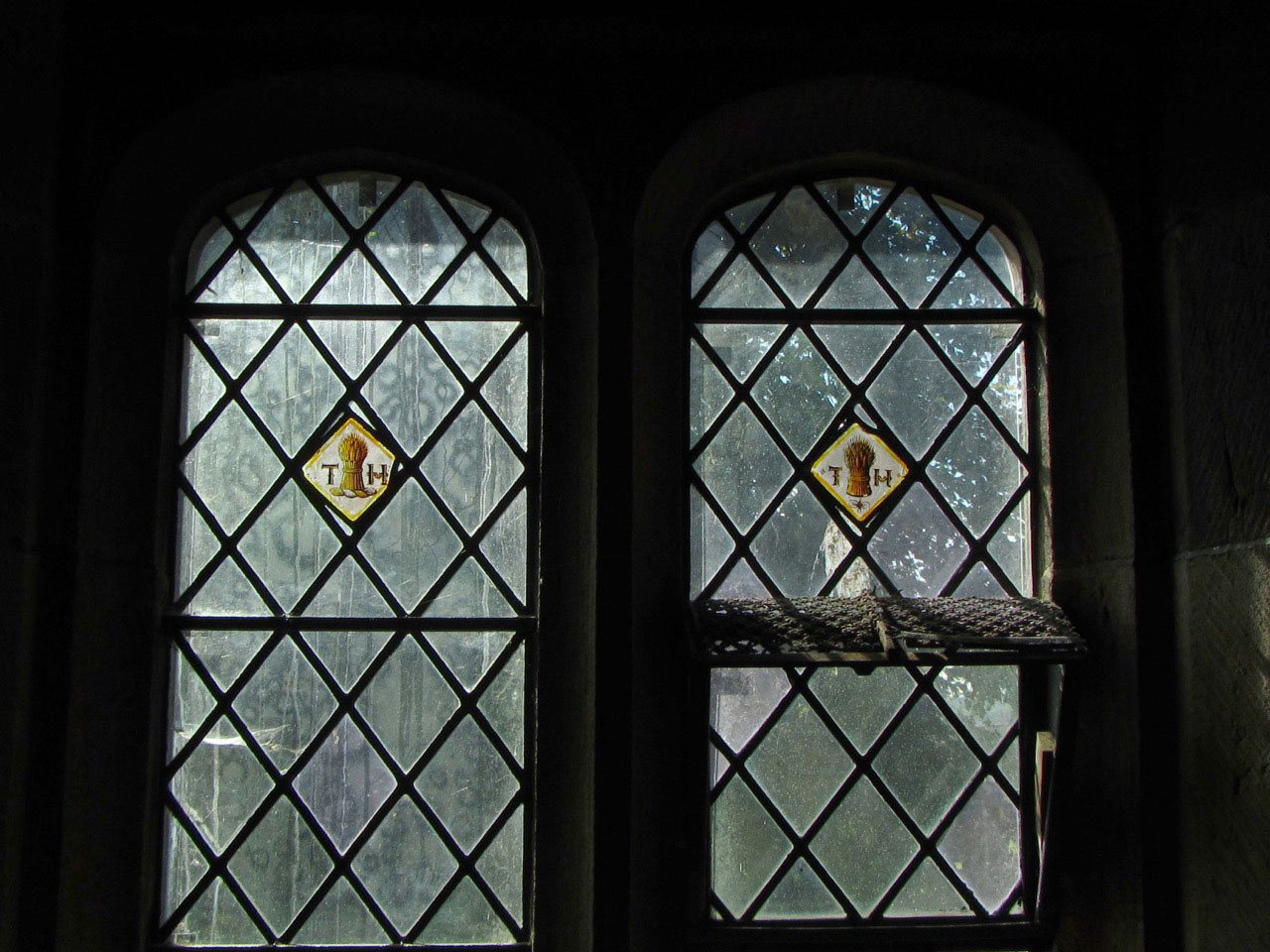 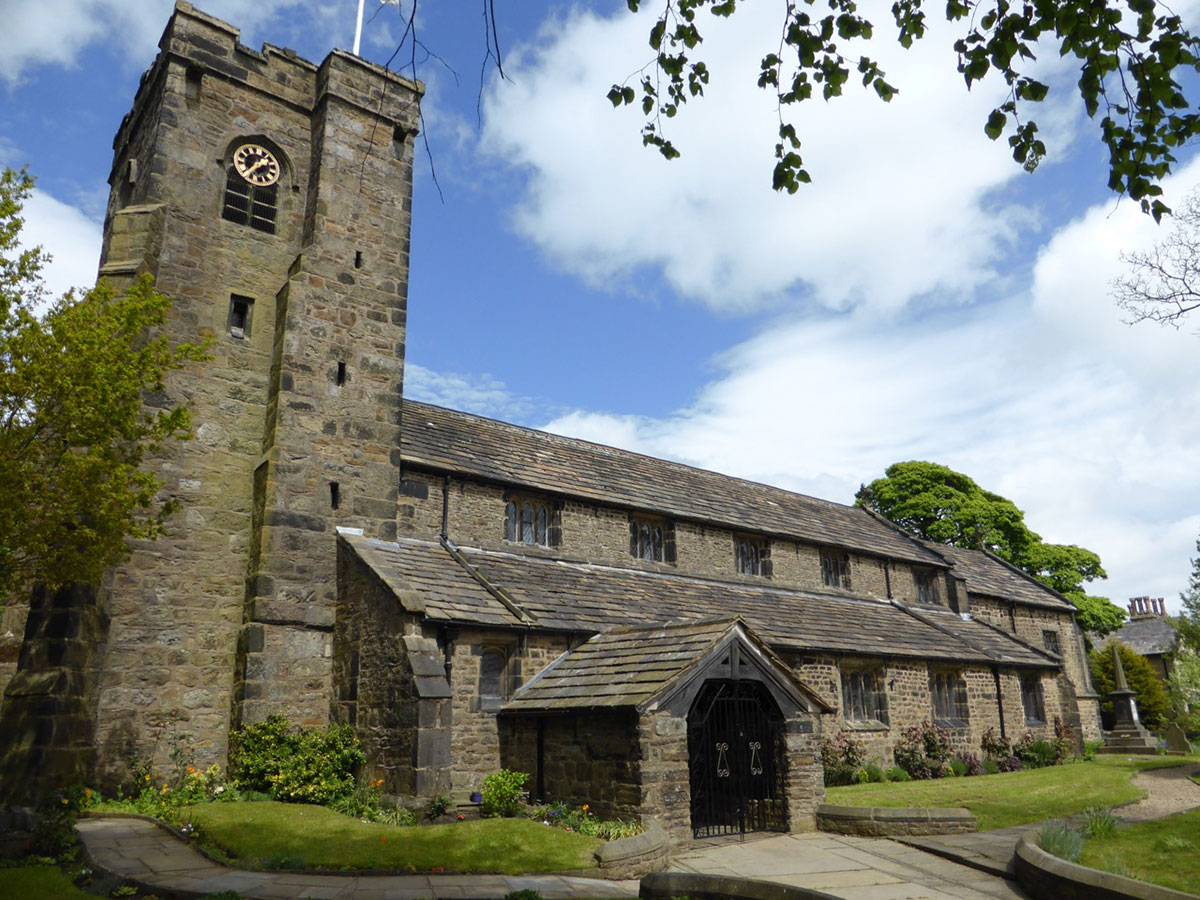 Churchwarden’s accounts show that Thomas Hesketh’s son (also called Thomas) made additions and improvements to the church in 1558 and 1559. The Hesketh family was later to move to the Grade I listed Rufford Old Hall, now owned by the National Trust.

According to Diocesan records, the church was substantially rebuilt in 1595 following a fire, probably in 1591, with clerestoried nave and two aisles but no chancel. The north and west doors were subsequently walled up. As with many churches over the centuries, it was probably the only community space in the area. One of only two recognizable mediaeval churches in East Lancashire, its significance was acknowledged in July 1966, when it was placed on the National Heritage List and graded Grade II*.

The church itself was originally dedicated to St Lawrence but the Chantry Chapel’s dedication to St Bartholomew came to be applied to the whole church. One theory for this could be that as the two feast days are close together, because he is mentioned in the Gospels, St Bartholomew continued to be honoured in the Book of Common Prayer after the Reformation. Whilst one alternative theory is that the dedication changed after the fire in 1591. Early maps of Great Harwood show St Lawrence’s well. There used to be a St Lawrence Mill and there is still a St Lawrence Street today.

“Nobody seems to know much about it (the church) before the time of Queen Elizabeth I. The Diocesan Directory gives its date as 1389, but there is reason to suppose that a church stood on the site before that date, and that part at least of the present tower is as much as 800 years old. If this is true, there must have been a church on the site before there was any town or village of Great Harwood. It is sometimes suggested that the church was one of a number built in the ancient Pendle Forest, which in the Middle Ages extended over most of East Lancashire, to serve as a place of worship for wandering bands of charcoal burners. This is not put forward as ascertained fact, but merely as a legend handed down from mouth to mouth throughout the centuries.”

Since then, research has brought more information to light and much of what is known is covered in the Heritage Guide. 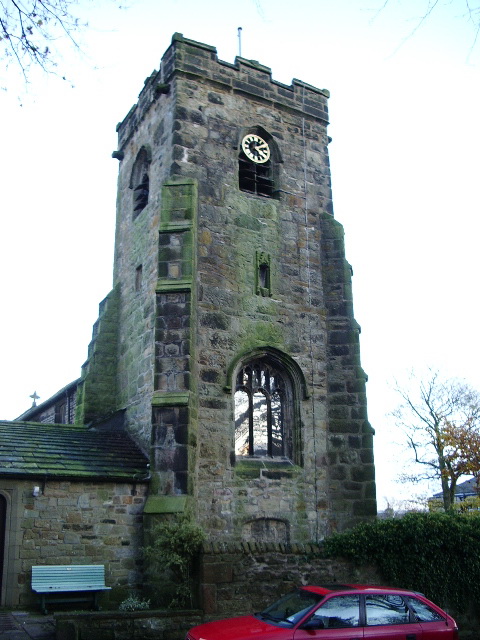